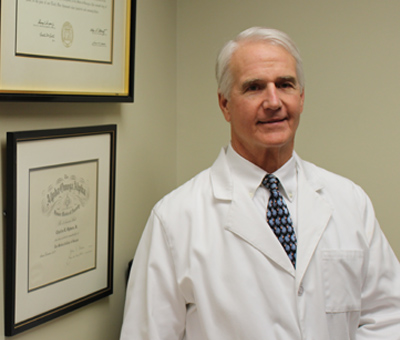 Dr. Ogburn is a Macon native who attended Lanier High School where he was captain of the state championship baseball team and commander of Honor Company in the Jr. ROTC program.

In medical school he was a member of the AOA honor Society, graduating in 1973. Internship followed at Parkland Memorial Hospital in Dallas, Texas.

He then served 2 years in the military as a flight surgeon at the army helicopter training center in Fort Rucker, Alabama.

Medical training was completed in Birmingham at the University of Alabama Medical Center followed by board certification in Internal Medicine.

Private practice with Internal Medicine Associates began in 1978. He has been a faculty member of Mercer medical school since its inception. Dr. Ogburn and his wife have three children, all in the medical field, and seven grandchildren.